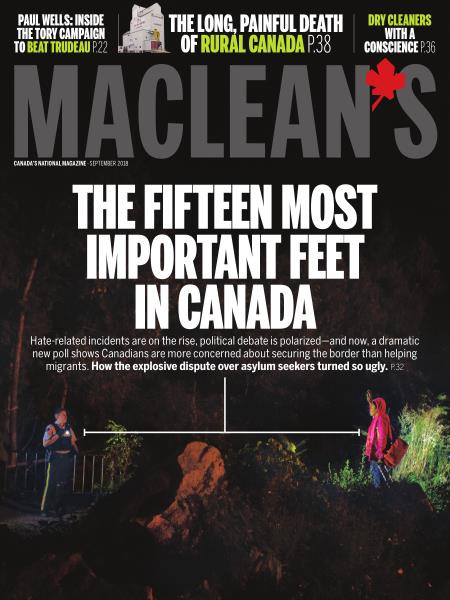 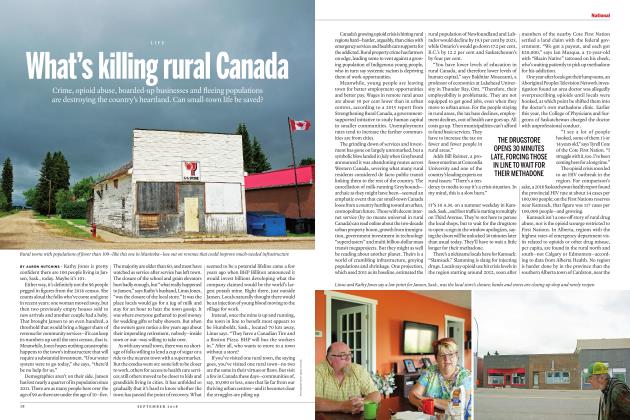 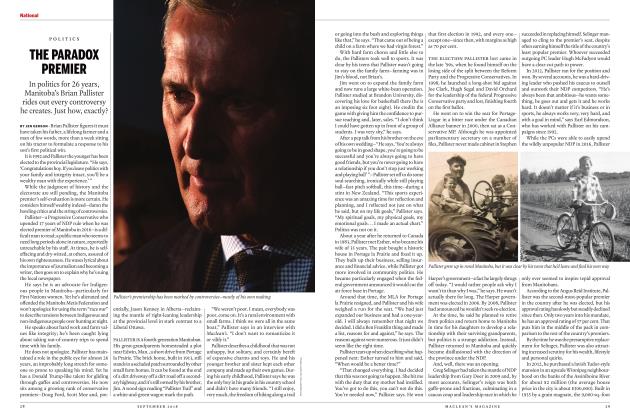 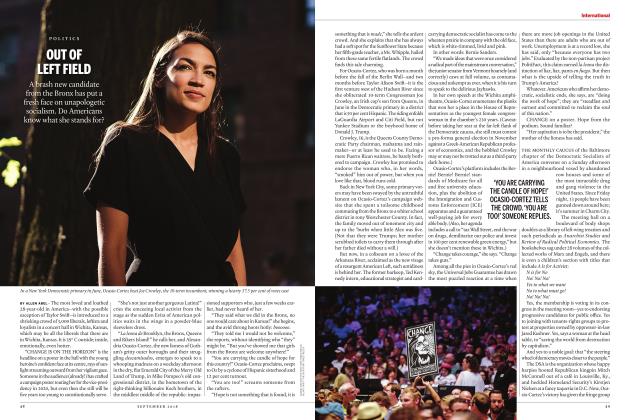 OUT OF LEFT FIELD

In politics for 26 years, Manitoba’s Brian Pallister rides out every controversy he creates. Just how, exactly?

OUT OF LEFT FIELD

A brash new candidate from the Bronx has put a fresh face on unapologetic socialism. Do Americans know what she stands for?

The steady stream of migrants heading north shows no signs of stopping, and new polls show that it could be the defining issue of next year’s federal election. By Jason Markusoff13 min

What the women said

Toronto Mayor John Tory talks to Paul Wells about the plan to slash city council, taking on a new electoral opponent—and the difference between Rob Ford and his brother, Doug

In her last blog post, the admired policy analyst wrote: ‘We have an obligation to diminish human suffering’ By ANNE KINGSTON7 min
August 12018