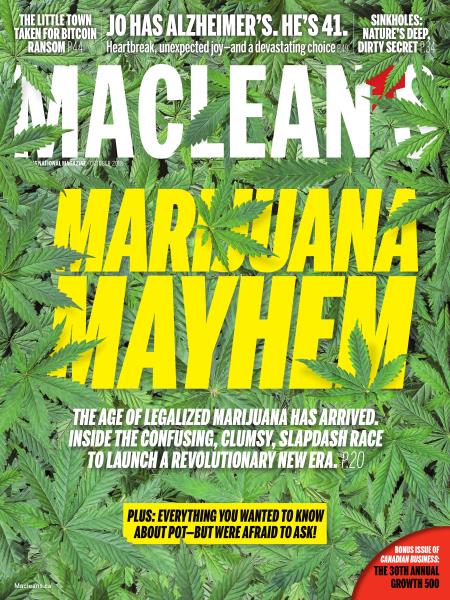 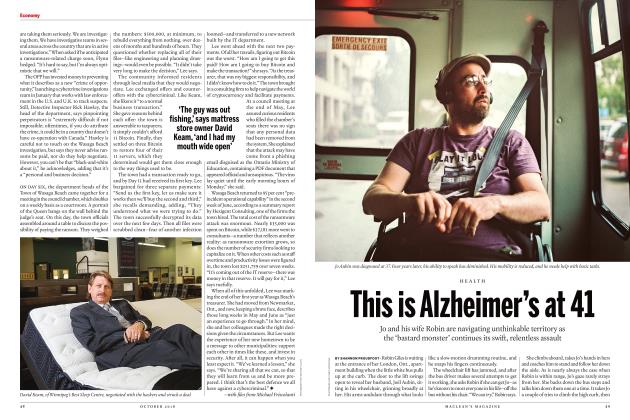 This is Alzheimer’s at 41 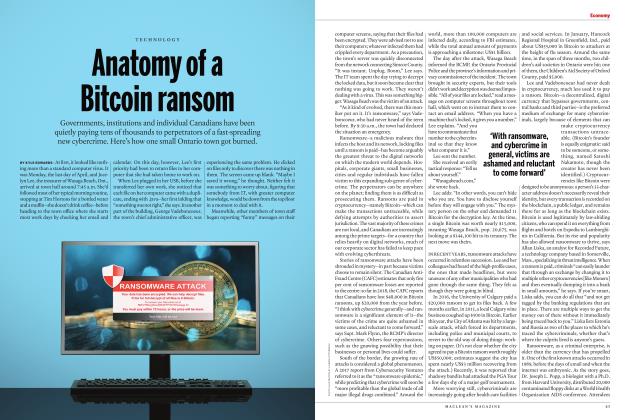 Anatomy of a Bitcoin ransom 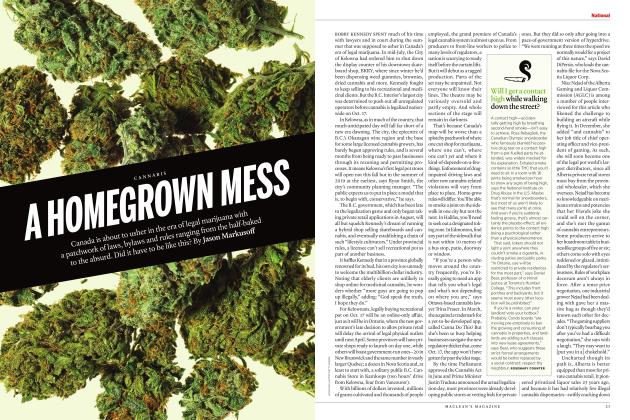 This is Alzheimer’s at 41

Jo and his wife Robin are navigating unthinkable territory as the ‘bastard monster’ continues its swift, relentless assault

Anatomy of a Bitcoin ransom

Governments, institutions and individual Canadians have been quietly paying tens of thousands to perpetrators of a fast-spreading new cybercrime. Here’s how one small Ontario town got burned.

Canada is about to usher in the era of legal marijuana with a patchwork of laws, by laws and rules ranging from the half-baked to the absurd. Did it have to be like this? By Jason Markusoff

How to sell a wedge issue

Anti-abortion lobbyists cheered Ontario’s election as evidence of success. Next up: a plan to swing 2019. By ANNE KINGSTON14 min

When Sharkwater filmmaker Rob Stewart slipped beneath the waves, he left behind a mystery and an unfinished final work By NICHOLAS HUNE-BROWN12 min

FROM ENERGY MAINSTAY TO DUMPSTER FIRE

A victory by the upstart CAQ could mark a historic shift in Quebec. Just don’t expect any radical changes. By PAUL WELLS6 min

A city’s hour of truce

On Aug. 18, while the eyes of the nation were trained on the regimental funeral procession for two fallen Fredericton police officers, an extended family of motorcyclists had also assembled, the pistons of their Harley-Davidsons thundering as they rode out of the city in a parade of their own. By LINDSAY JONES5 min
September 12018