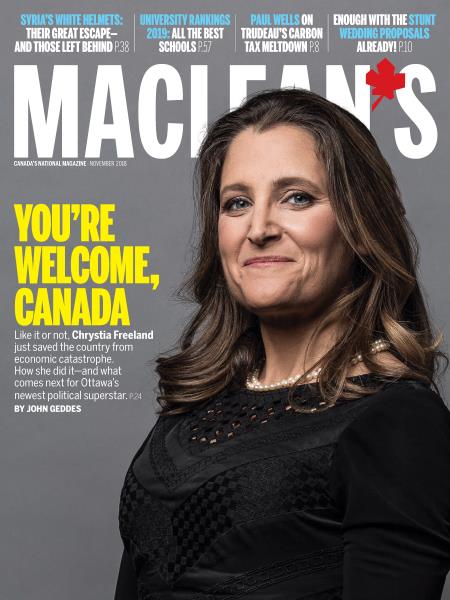 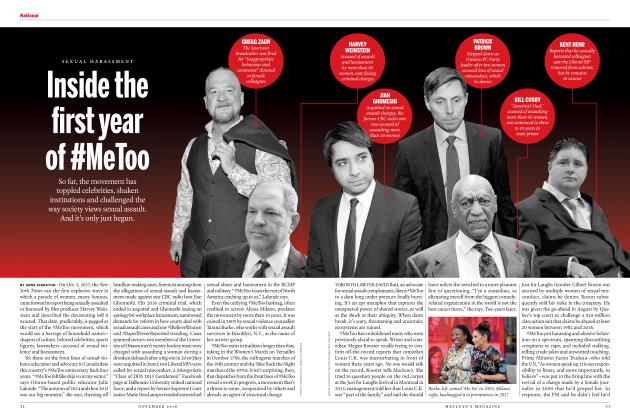 Inside the first year of #MeToo 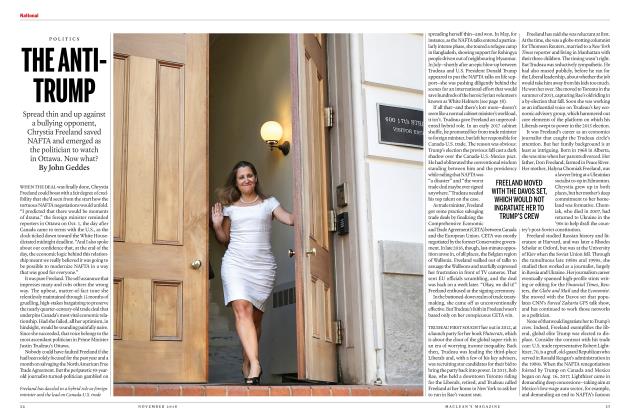 Out of nearly 50 schools, here are the universities with sterling reputations, satisfied students, thriving campuses and well-funded research. Plus, their average entering grades, class sizes and more! Meet the best—and the rest.

Inside the first year of #MeToo

So far, the movement has toppled celebrities, shaken institutions and challenged the way society views sexual assault. And it's only just begun.

Spread thin and up against a bullying opponent, Chrystia Freeland saved NAFTA and emerged as the politician to watch in Ottawa. Now what?

The untold story of the dramatic, Canadian-led rescue of Syria’s White Helmets By TERRY GLAVIN15 min

In the hometown of U.S. vice-president Mike Pence, politics is becoming a family business that could have huge consequences By ALLEN ABEL13 min

Justin Trudeau talks to Paul Wells about the rise of populism, what makes Doug Ford effective and why Canada is getting a national carbon plan

‘It’s a race against time’

Indigenous languages across Canada are in peril, another legacy of the residential school system. Are universities doing enough to help save them? By JENNIFER LEWINGTON10 min

Arc of the covenant

When Nate Froehlich came out as gay this summer, he had a lot at stake as a young man of faith. He grew up in Peachland, B.C., a town near Kelowna with a population of about 5,000, born to parents deeply involved with a church that does not support same-sex marriage. By Why do some gay students choose to attend a private evangelical university?, SADIYA ANSARI10 min

AFTER THE FIGHTING, A NATION CHANGED