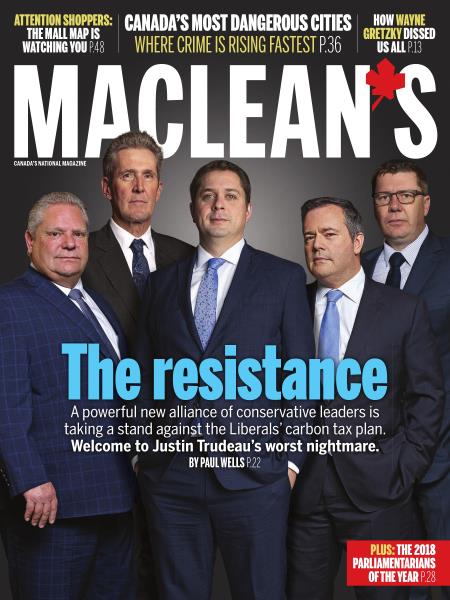 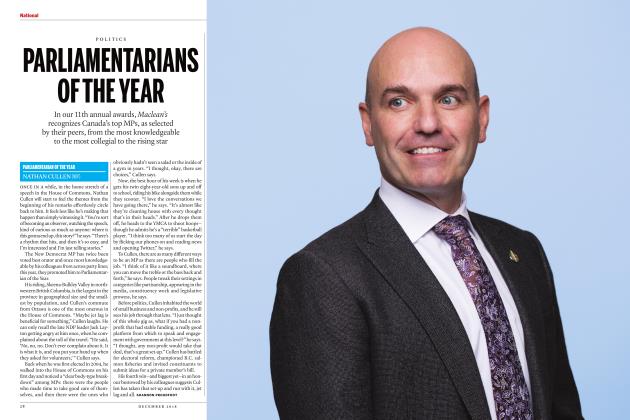 PARLIAMENTARIANS OF THE YEAR 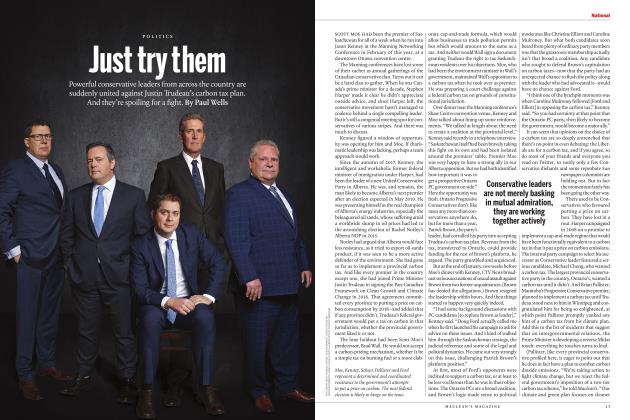 Fuelled by #MeToo and rage, an explosive gender revolution is under way. So why isn’t it changing anything?

PARLIAMENTARIANS OF THE YEAR

In our 11th annual awards, Maclean's recognizes Canada’s top MPs, as selected by their peers, from the most knowledgeable to the most collegial to the rising star

Powerful conservative leaders from across the country are suddenly united against Justin Trudeau’s carbon tax plan. And they’re spoiling for a fight.

Trouble on the rise

Crime’s getting worse in Wetaskiwin, Alta., in an awful hurry. Can the city get a handle on it?

HERE’S LOOKING AT YOU

Your mall map sees the expression on your face. It knows how you feel. Creeped out yet? By AARON HUTCHINS11 min

THE FATE OF THE WORLD

Barbra Streisand talks to Elio Iannacci about raising better boys, the power of anger and how she inspired Pierre Trudeau

The long nose of the law

Fentanyl-detecting police dogs are the newest soldiers in the battle against opioids. It’s high-risk duty. By KYLE EDWARDS7 min

When history gets spiritual

Canadians have embraced our project to honour the fallen from the First World War with grace, gratitude—and poignant details By SHANNON PROUDFOOT6 min
November 12018