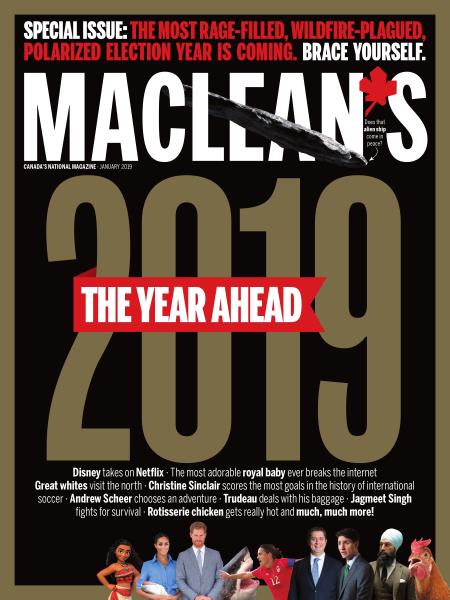 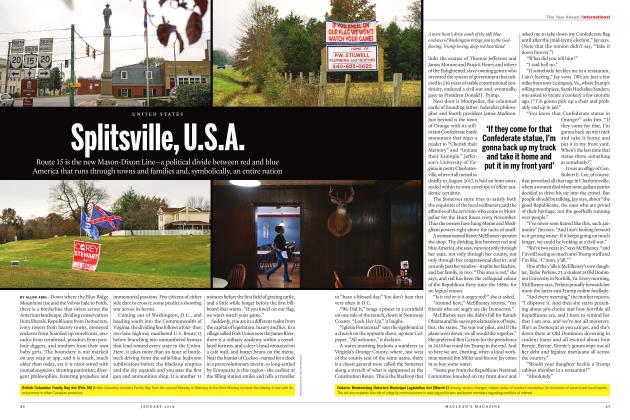 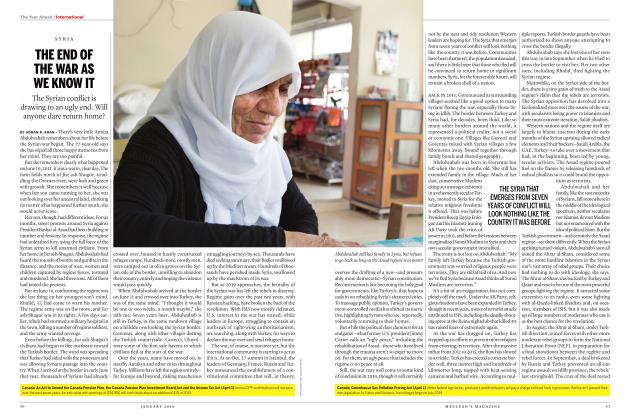 THE END OF THE WAR AS WE KNOW IT 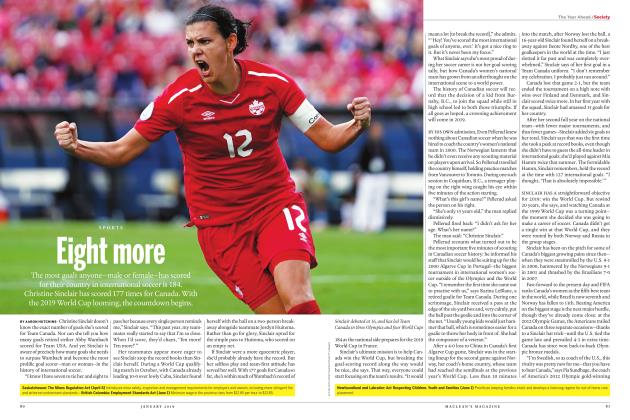 Route 15 is the new Mason-Dixon Line—a political divide between red and blue America that runs through towns and families and, symbolically, an entire nation

THE END OF THE WAR AS WE KNOW IT

The Syrian conflict is drawing to an ugly end. Will anyone dare return home?

The most goals anyone—male or female—has scored for their country in international soccer is 184. Christine Sinclair has scored 177 times for Canada. With the 2019 World Cup looming, the countdown begins.

The Tory leader faces a choice—is he a nice guy, or nice and angry? By SHANNON PROUDFOOT8 min

The Liberals enjoy many advantages going into the next election. They also have a fundamental problem. By PAUL WELLS7 min

The winds blow cold for Notley

THE BRAND THAT GOOSED THE WORLD

Is this thing on?

Jagmeet Singh has often been drowned out as NDP leader. Here’s how he plans to finally make his mark. By JOHN GEDDES7 min

A PIPELINE WITH A MOUNTAIN IN FRONT OF IT

It isn’t dead, but Ottawa’s purchase could be resting a long time By JASON MARKUSOFF7 min
December 12018