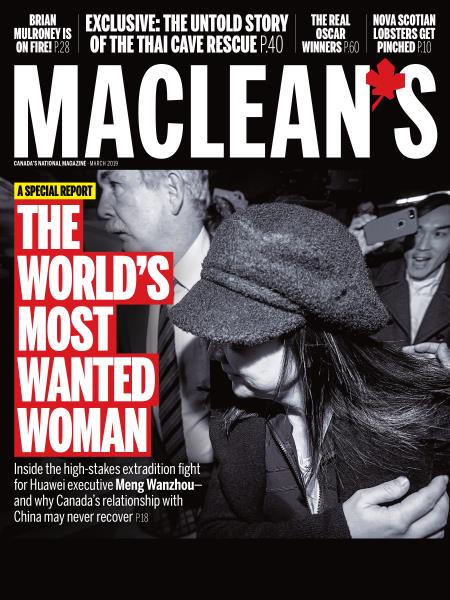 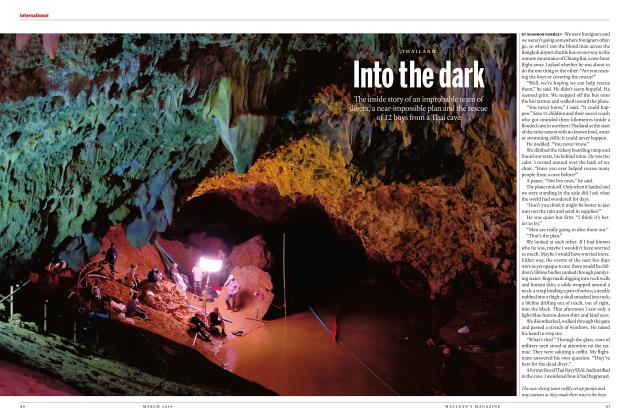 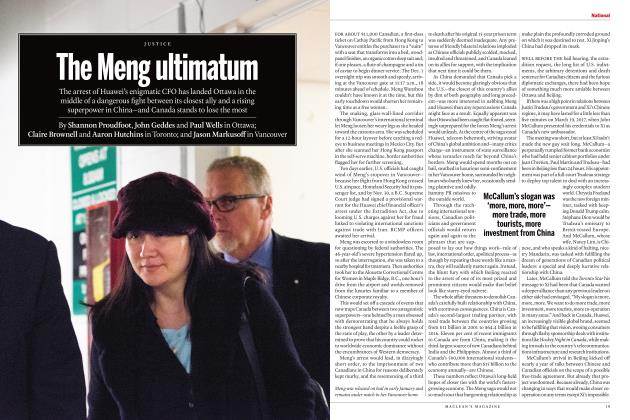 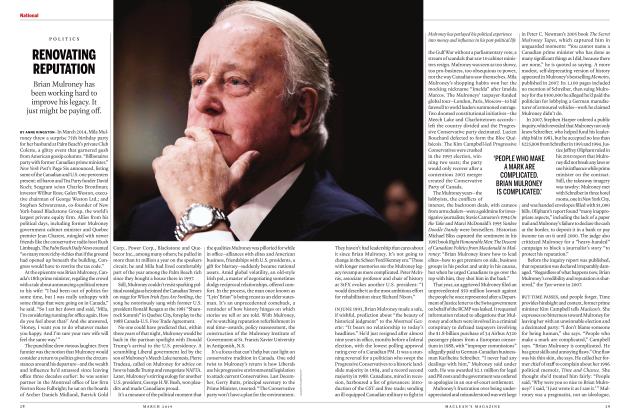 The inside story of an improbable team of divers, a near-impossible plan and the rescue of 12 boys from a Thai cave

Brian Mulroney has been working hard to improve his legacy. It just might be paying off.

The Nancy walking all over Trump

Back as House Speaker, Pelosi has found her political mission

Anything can happen in this year of historic firsts in the Best Picture category Here’s a close look at the nominees. By BRIAN D. JOHNSON7 min

TO THE EDGE OF OBLIVION

Was Ottawa’s forced relocation of a group of Inuit in the 1950s an act of genocide? By KYLE EDWARDS7 min

The battle of the bulls

It starts whenever Matthew Lien flies to Taipei. Flight attendants realize who he is and want selfies. Then, at border security, agents tell him they love his music. Meals at restaurants get interrupted by bashful fans. Paparazzi snap his photo on the sly. By RHIANNON RUSSELL5 min