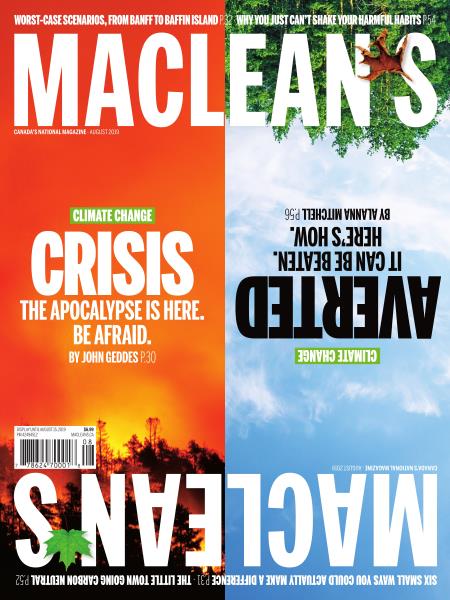 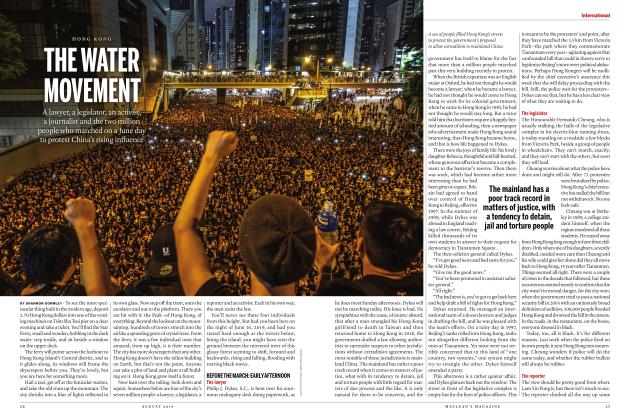 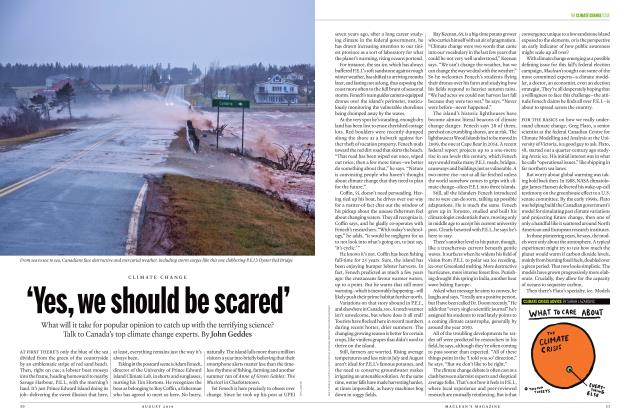 ‘Yes, we should be scared' 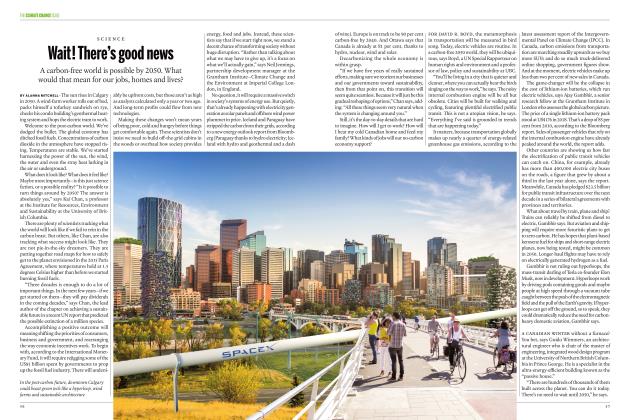 A lawyer, a legislator, an activist, a journalist and the two million people who marched on a June day to protest China's rising influence

‘Yes, we should be scared'

What will it take for popular opinion to catch up with the terrifying science? Talk to Canada’s top climate change experts.

A carbon-free world is possible by 2050. What would that mean for our jobs, homes and lives?

The battle for hearts and likes

WHOSE SIDE ARE THEY ON?

Too hot to handle

In B.C., Alberta and beyond, forest fires are getting bigger, hotter and far more dangerous. Get used to it. By STEPHEN MAHER9 min

Green Party Leader Elizabeth May on the next election, oil dependency and deep disappointment

Legions of Albertans are suddenly wearing their oil-and-gas pride on their chests. Is it a defensive posture? By JASON MARKUSOFF8 min

If we know the situation is dire, why is it so hard to change our habits? Oh, 37 different reasons. By ANTHONY A. DAVIS8 min
July 12019