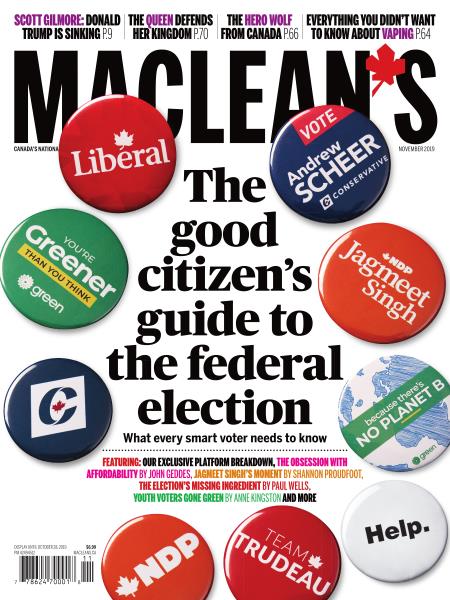 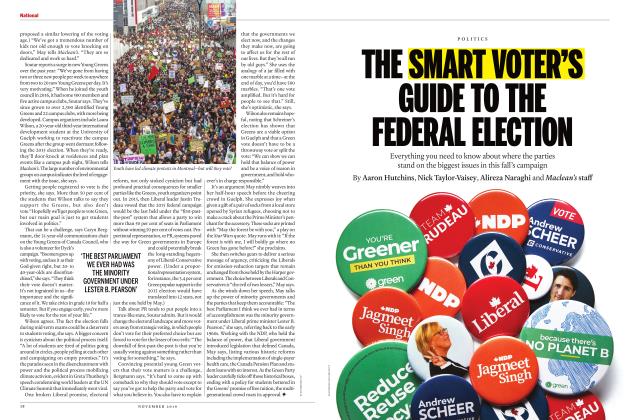 THE SMART VOTER’S GUIDE TO THE FEDERAL ELECTION 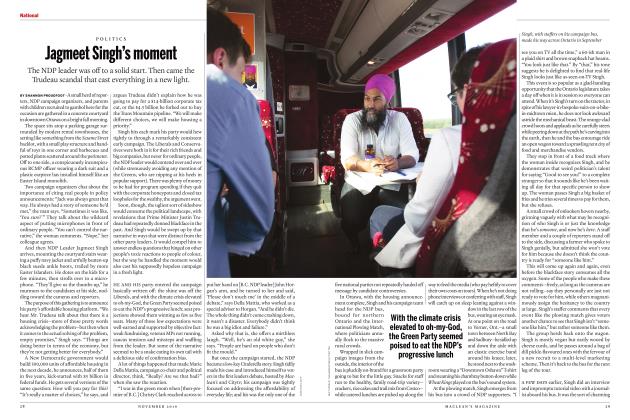 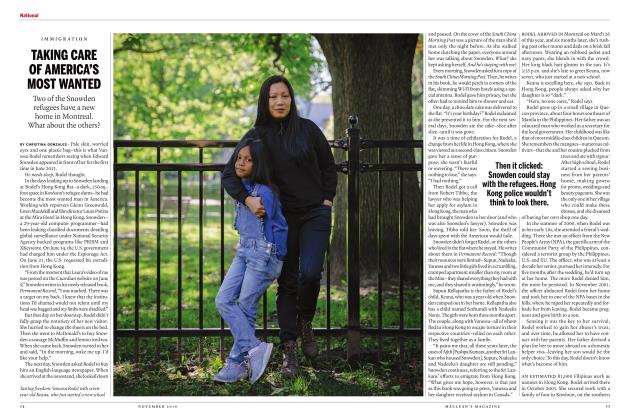 TAKING CARE OF AMERICA’S MOST WANTED

THE SMART VOTER’S GUIDE TO THE FEDERAL ELECTION

The NDP leader was off to a solid start. Then came the Trudeau scandal that cast everything in a new light.

TAKING CARE OF AMERICA’S MOST WANTED

Two of the Snowden refugees have a new home in Montreal. What about the others?

All but undone by her bogus ancestry claims, Elizabeth Warren now draws adoring crowds in the Dems' nomination race with her agenda for radical reform. Can she complete the comeback? By ALLEN ABEL11 min

Scrubbing up the oil sands

Canada’s bitumen giants say their crude is less carbonintensive than the average. Do their claims hold up? By JASON MARKUSOFF11 min

HOW MILLENNIALS COULD POWER THE GREENS

Youth voter turnout spiked in 2015. Anomaly, or the start of a meaningful trend? By ANNE KINGSTON10 min

Elections sometimes give us a chance to improve government. But it requires someone to step up with a compelling project or reason to be optimistic. By PAUL WELLS10 min

SHOW YOU THE MONEY

HOW A RUNT WOLF FROM CANADA BECAME A HERO