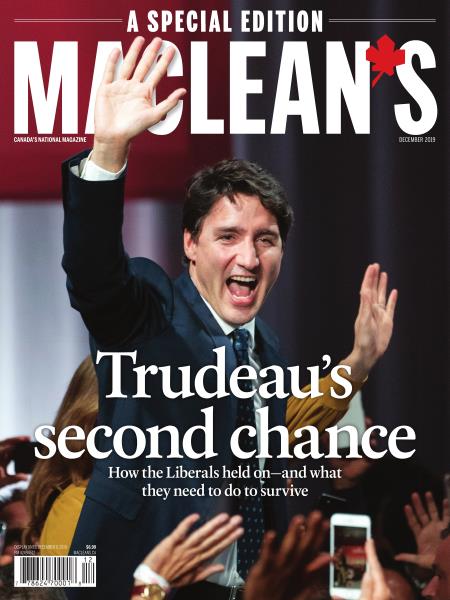 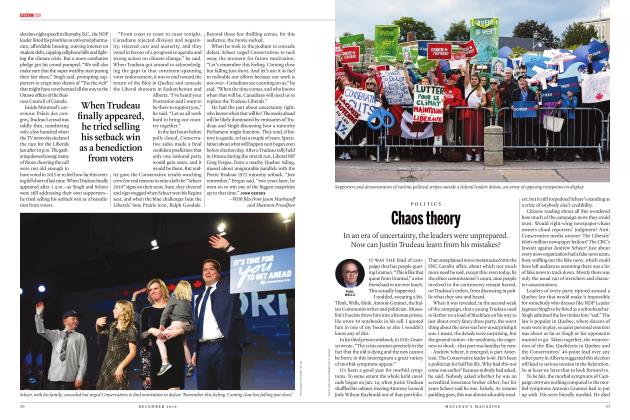 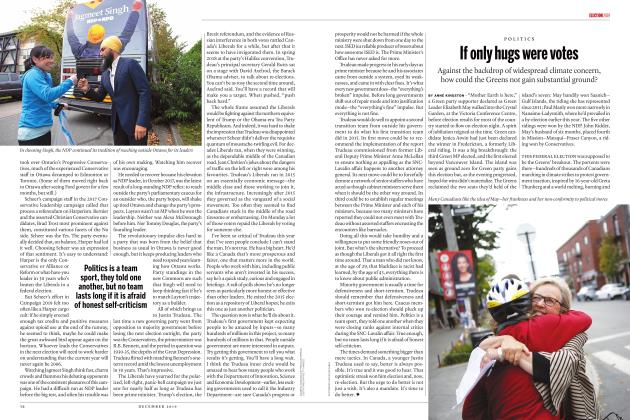 If only hugs were votes 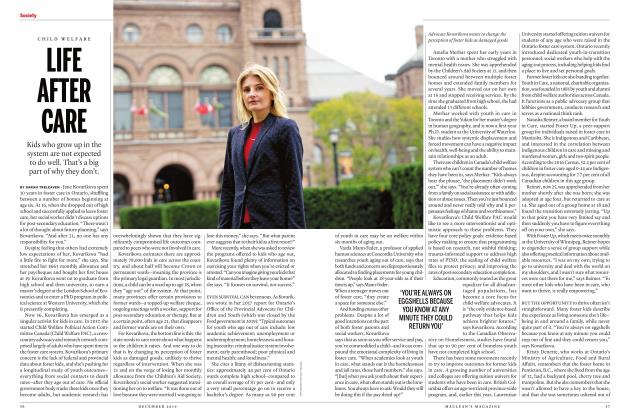 In an era of uncertainty, the leaders were unprepared. Now can Justin Trudeau learn from his mistakes?

If only hugs were votes

Against the backdrop of widespread climate concern, how could the Greens not gain substantial ground?

Kids who grow up in the system are not expected to do well. That’s a big part of why they don’t.

The state America is in

The road to the White House leads through Ohio, where some Democrat frontrunners hope radical new policy prescriptions can turn voters away from Trump By MICHAEL FRAIMAN11 min

AN ANSWER TO THE 'UNICORN GAP'

What the notebooks knew

The season’s offerings include a wonderstruck look at the human body and an exciting new le Carré By BRIAN BETHUNE, MIKE DOHERTY7 min

Anthony Markus started farming in Manitoba’s Carrot Valley with $10,000 and 400 acres. Today his property is part of a 24,000-acre parcel up for sale for $53 million. By JASON KIRBY6 min

There was a fence around the University of New Brunswick’s College Field back in 1966. Thomas Pinckard is sure of it. If there hadn’t been, he says, the football he punted 114 yards during a UNB Red Bombers game that year would have kept rolling until it ended up in the St. John River. By AARON HUTCHINS6 min

HOW JUSTIN TRUDEAU HELD ON

The path to a Liberal minority was paved with low points and messy moments. In this election, there were no undiluted victories. By John Geddes, Shannon Proudfoot, Anne Kingston, Jason Markusoff, Paul Wells6 min
November 12019