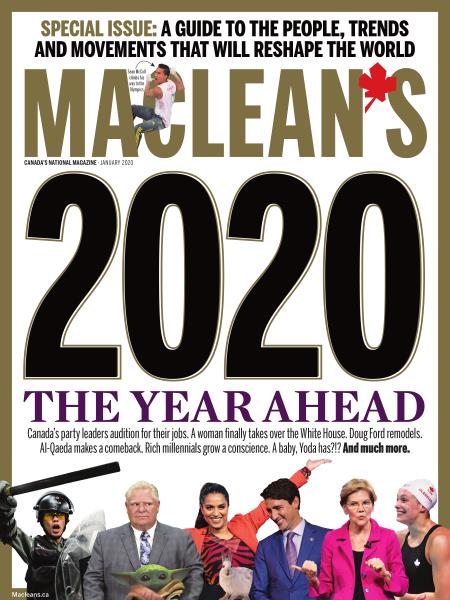 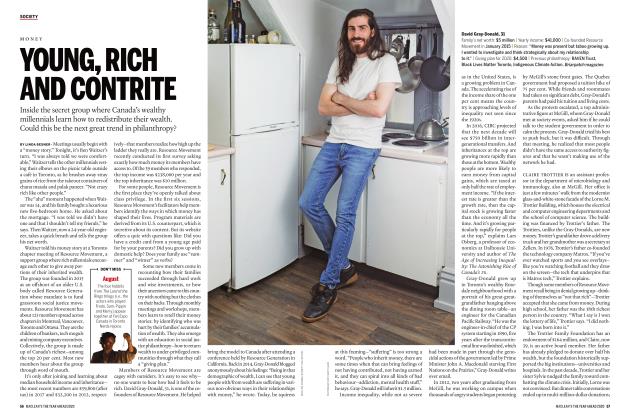 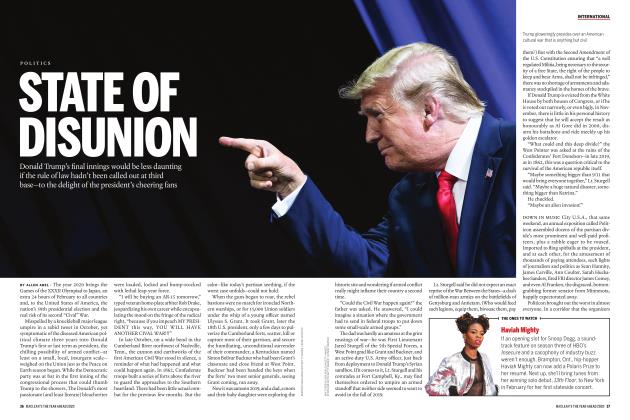 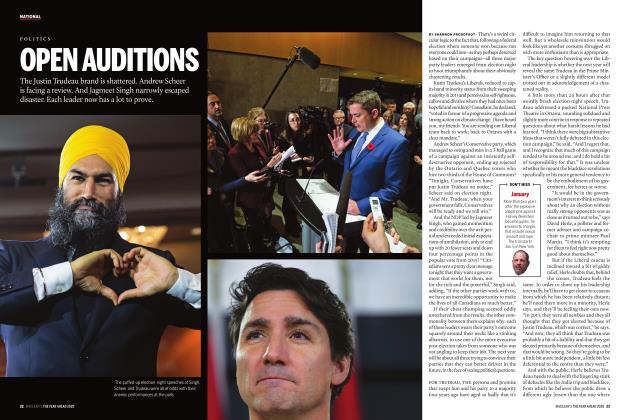 Inside the secret group where Canada’s wealthy millennials learn how to redistribute their wealth. Could this be the next great trend in philanthropy?

The Justin Trudeau brand is shattered. Andrew Scheer is facing a review. And Jagmeet Singh narrowly escaped disaster. Each leader now has a lot to prove.

The days of endless deficits are back, and with minority government pressures and economic trouble ahead, that’s a problem By JOHN GEDDES8 min

HOW TO HANG ON BY A SEAT

John Horgan is Canada’s only NDP premier, thanks to a coalition with the Greens. Will it survive the year? By ADRIENNE TANNER7 min

In 2020, books lose interest in Trump to instead focus on the changes that have reshaped our world (and ourselves) By BRIAN BETHUNE7 min

A COLD FRONT FORMS IN ‘SASKBERTA’

NOT ‘UNELECTABLE’ AFTER ALL

WILL SHE WIN THREE MORE?

Penny Oleksiak has a big record in her sights this summer. And her teammates might make the difference. By AARON HUTCHINS6 min
December 12019