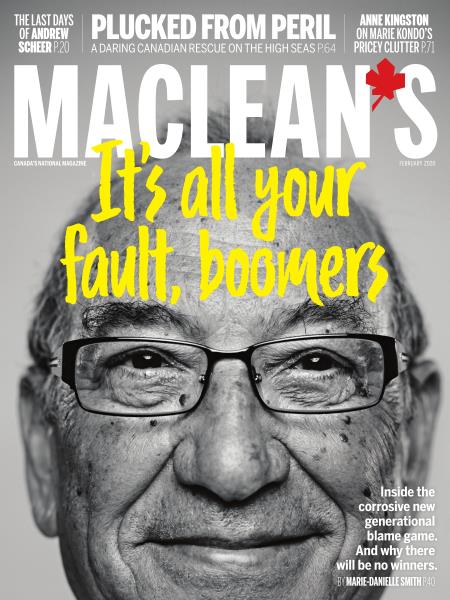 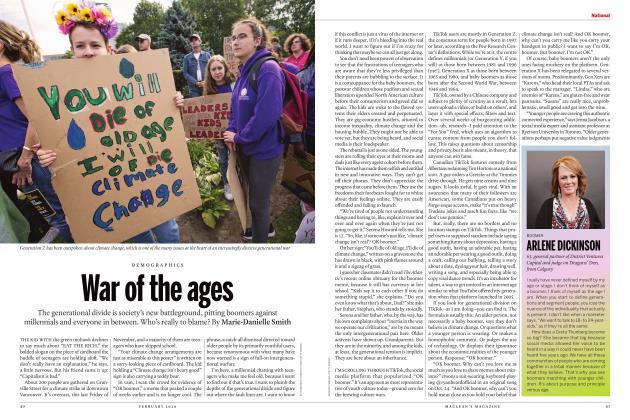 War of the ages 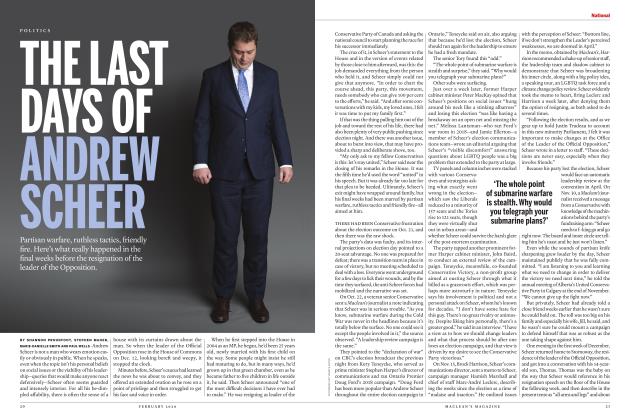 THE LAST DAYS OF ANDREW SCHEER 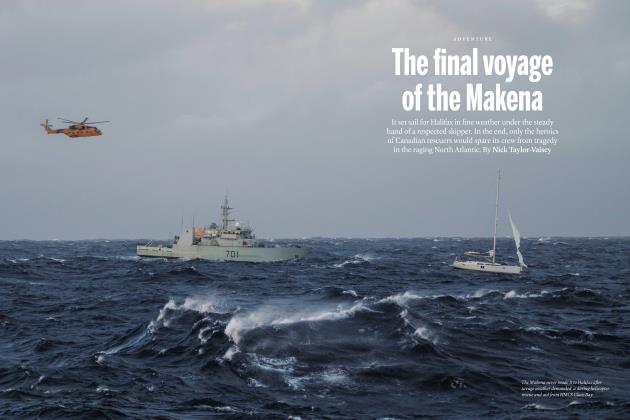 The final voyage of the Makena

War of the ages

The generational divide is society’s new battleground, pitting boomers against millennials and everyone in between. Who’s really to blame?

THE LAST DAYS OF ANDREW SCHEER

Partisan warfare, ruthless tactics, friendly fire. Here’s what really happened in the final weeks before the resignation of the leader of the Opposition.

The final voyage of the Makena

It set sail for Halifax in fine weather under the steady hand of a respected skipper. In the end, only the heroics of Canadian rescuers would spare its crew from tragedy in the raging North Atlantic.

Hanging with the enemy

IN DEFENCE OF EQUALIZATION

Animal farm in the city

Cruelty to animals became an issue in the late 19th century. The solution was to banish them from sight. By BRIAN BETHUNE8 min

THE MAKING OF A MASTERPIECE

Taking down the (very) bad guys

New cases of HIV are rising dramatically in Canada. It’s time for us to introduce self-testing kits. By ALANNA MITCHELL7 min
January 12020