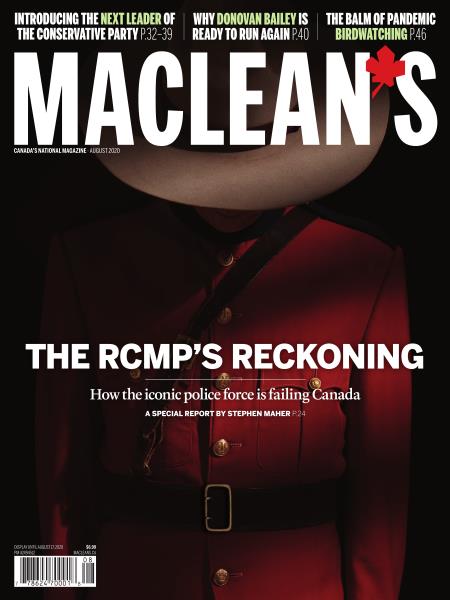 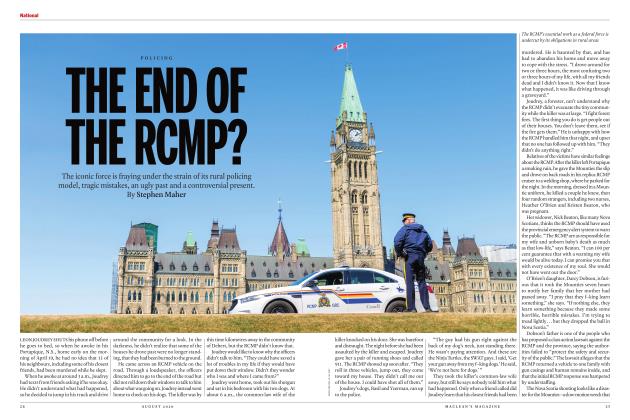 THE END Of THE RCMP? 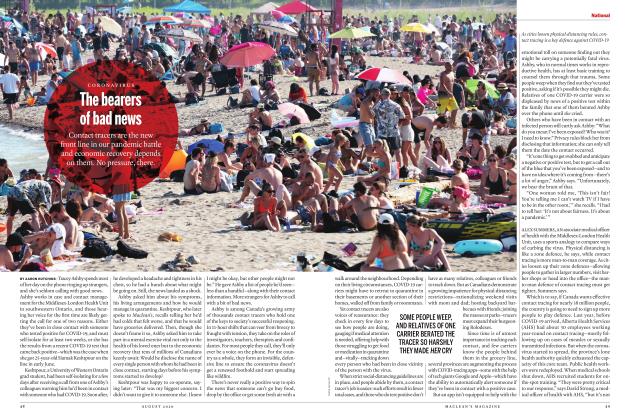 The bearers of bad news 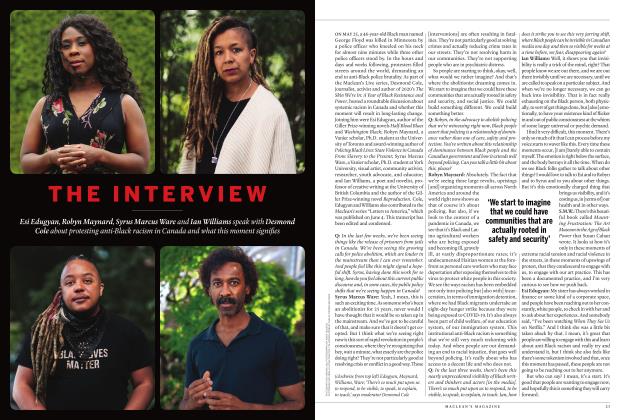 THE END Of THE RCMP?

The iconic force is fraying under the strain of its rural policing model, tragic mistakes, an ugly past and a controversial present.

The bearers of bad news

Contact tracers are the new front line in our pandemic battle and economic recovery depends on them. No pressure, there.

Twenty-four years ago, Canada was unwilling to hear the Olympic hero’s message. It matters more than ever. By ROYSON JAMES13 min

A WHOLE NEW KIND OF GRIEF

Peter MacKay is back as the Tories’ avatar of unity, hope and renewal—but also of unforced errors By JASON MARKUSOFF10 min

Into the danger zone

Erin O’Toole is back, dropping the all-smiles routine for an angrier tone. But will drawing from the Andrew Scheer playbook pay off? By MARIE-DANIELLE SMUH10 min

A surge of mail-in voting could sow chaos in this fall’s U.S. election, dividing the country and handing Donald Trump a pretext to cling to office if he loses By MICHAEL FRAIMAN9 min